The official poster for ABC’s Quantico highlights star Priyanka Chopra (who revealed the art via Twitter), though under perhaps unexpected circumstances.

The freshman drama (premiering Sunday, Sept. 27 at 10/9c) follows a diverse group of FBI recruits, one of whom will one day be suspected of helping mastermind the worst terrorist attack on U.S. soil since 9/11. TVLine offered its First Impression of Quantico over the weekend, and thus far 53 percent of respondents say they will “absolutely” tune in.

Chopra plays Alex Parish, a top trainee who, in the pilot’s flash-forwards, is found smack dab in the middle of the aforementioned tragedy. As such, you can kinda guess why she might end up looking like this: 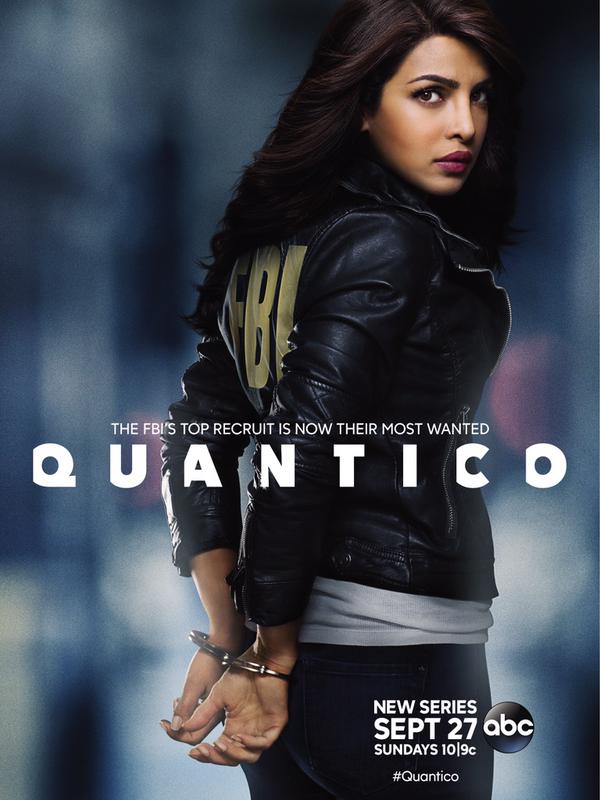 Watch the trailer below:
https://www.youtube.com/watch?v=iRnFFinkCFA