Is Supergirl heading for a super love triangle, or something far more problematic?

TVLine has learned that the third episode of CBS’ freshman superhero series will introduce the recurring character of Lucy Lane. In her mid-20s to early 30s, Lucy is described as as brash, funny and beautiful as her sister Lois, yet strong, smart and successful in her own right.

At the very least, given 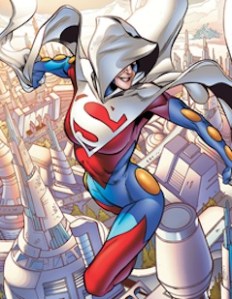 Kara’s insta-crush on Jimmy in the series pilot, some semblance of a triangle may be in Supergirl’s future. Or, possibly more is on tap, given that Lucy Lane is one of several DC Comics characters to have adopted the Superwoman mantle, manipulated as she was into a run of anti-Supergirl villainy by her father General Sam Lane.

Lucy was most recently portrayed on TV on The CW’s Smallville, by Peyton List (now The Flash‘s Lisa Snart). Who should play her on Supergirl?