It’s the beginning of the end for Sara Lance in Monday’s release of the Arrow Season 2.5 comic.

In TVLine’s exclusive first look at the finale issue, the story starts to catch up to the heartbreaking events of the Season 3 premiere, in which an unseen (and drugged) Thea killed Sara.

As revealed in our sneak peek of the last edition — written by executive producer Marc Guggenheim, with art by Joe Bennet, Craig Yeung and Jim Charalampidis — the Dark Archer begins to formulate the assassin’s demise after Sara (cheekily) refuses to help him in his battle with Ra’s.

Meanwhile, Lance just wishes his daughter had joined the League of Accountants. (If only!)

Click through the gallery below — or right here — to check out the preview, then make sure to download the comic on Monday via the DC Comics App, ReadDCEntertainment.com, iBooks, comiXology.com, Google Play, Kindle Store, Nook Store or iVerse ComicsPlus. 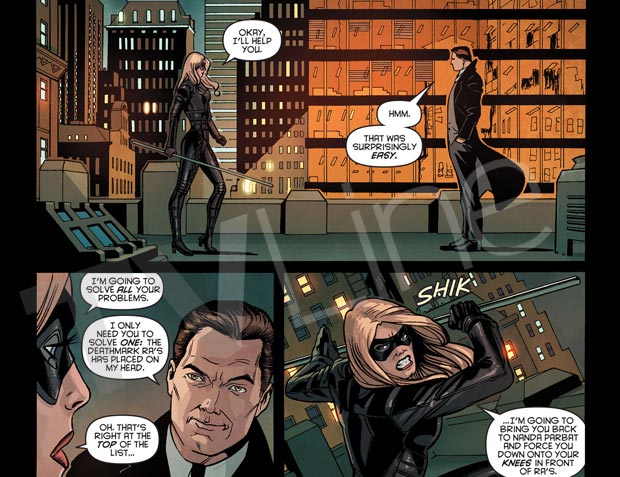