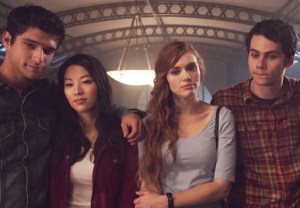 Teen Wolf: The College Years might be happening sooner than you thought.

MTV on Thursday announced that its hit supernatural series will return for a sixth season. The announcement was made during Teen Wolf‘s panel at San Diego Comic-Con, where its stars — including Tyler Posey, Dylan O’Brien and Holland Roden — were on hand to dish the dirt on the show’s current fifth season.

Your thoughts on this news? Hopes for Season 6? Drop ’em in a comment below.