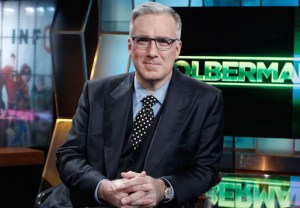 Almost two years after returning to the sports hub he called home in the 1990s, Keith Olbermann has again parted ways with ESPN.

The news comes two months after ESPN bailed on contract talks with vet Bill Simmons and one week after reports surfaced claiming that the cabler was seeking to stifle Olbermann’s penchant for delivering pointed, critical on-air commentaries. In response, ESPN issued this rebuttal on Twitter:

In a new statement confirming Olbermann’s exit, the network says, “Keith is a tremendous talent who has consistently done timely, entertaining and thought-provoking work since returning to ESPN. While the show’s content was distinctive and extremely high quality, we ultimately made a business decision to move in another direction. We wish Keith nothing but the best and trust that his skill and ability will lead him to another promising endeavor.”

Prior to August 2013 ESPN encore, Olbermann had programs on MSNBC and then Current TV.

His eponymous ESPN2 program will continue through the end of July.