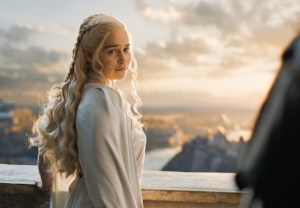 Season 5 of HBO’s Game of Thrones thus far has averaged 19.8 million weekly viewers with DVR, On Demand and HBO Go/Now playback folded in, and thus is poised to cross the 20 million threshold once all the heads are counted.

Thrones‘ latest run thus stands as its most watched to date, besting the 19.1 million who consumed Season 4 episodes.