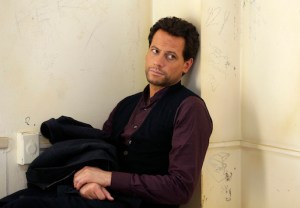 Unlike Dr. Henry Morgan, Forever will not be coming back to life.

ABC’s supernatural drama, which was cancelled after one season in May, has not been saved by another network — at least not yet, according to a message from series creator Matt Miller.

This is a hard message to write but I’m sorry to report that despite Warner Bros. best efforts they haven’t been able to find a new home for Forever. That doesn’t mean they won’t keep trying, but I wanted to give you all the real, although disheartening, news.

I’ve been hesitant to reach out because I (like you) didn’t want to believe that this was really the end. We had so much story left to tell, questions unanswered; romances unfulfilled; characters to introduce… But I suppose I was asking for trouble when I named the show Forever. We all knew this day would come, but when you’re writing a character with 200 years of backstory, 22 episodes doesn’t seem like enough.

That said, we are all super proud of the show we made. It was a charmed experience making this show and I’m grateful to everyone involved and that includes YOU. Especially you.

When the show was first canceled the outpouring of support was truly touching and I assumed would dissipate after a day or two. But something incredible happened. You guys grew! The longer we were off the air the more passionate you became. And perhaps most impressively, you always remained positive. A snark-less and cynicism-free international fan base? Perhaps our greatest achievement to date.

So, that’s where we stand. Wish I had better news. But if we’ve learned nothing else from Dr. Henry Morgan, it’s that it’s a long life. And who knows? Maybe some cable channel or streaming service will come to the obvious conclusion we all have… there’s a great cast and crew out there ready to get back to work. Hey, a 200-year-old immortal washed up naked on the shores of Manhattan. Stranger s—t has happened.

Are you bummed to hear that Forever has yet to be saved? Hit the comments!