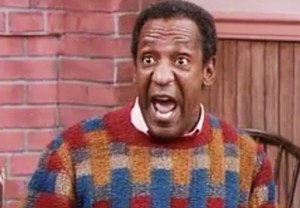 It’s official: The next time you’re jonesing for a fix of The Cosby Show or Cosby, don’t bother trying to get it from your TV.

BET-owned Centric and Atlanta-based network Bounce TV on Wednesday announced plans to pull both Bill Cosby-led sitcoms from their lineups, according to Vulture. Their decisions were made after previously sealed court documents from 2005 revealed that the comedian admitted to giving prescription drugs to multiple women for sexual purposes.

The Cosby Show, the more popular of the two sitcoms, aired on NBC from 1984 to 1992, while Cosby, which reunited the titular star with former on-screen wife Phylicia Rashad, ran on CBS from 1998 to 2000.

Though The Cosby Show was yanked from TV Land in Nov. 2014, the series is still available to stream on Hulu and Amazon.