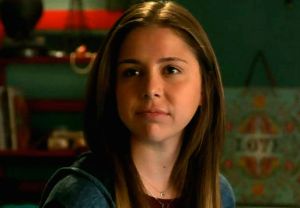 The Good Wife may be lacking a little Grace when it returns this fall.

TVLine has confirmed that Makenzie Vega — who plays the onscreen daughter of Julianna Margulies’ Alicia — is no longer a series regular.

The CBS drama is now down three series regulars as it heads into Season 7. In addition to Vega, Archie Panjabi and Matthew Goode also lost their full-time status at the end of Season 6. However, unlike Panjabi and Goode, Vega will maintain a presence on the show (much the same way her Good Wife sibling Graham Phillips has in recent seasons). According to an insider, the status change ties into the show’s continuing efforts to work around its cast’s schedules while also sustaining storylines.

To help fill the voids left by Goode and Panjabi, The Good Wife has added Jeffrey Dean Morgan and Cush Jumbo (Torchwood) to the Season 7 cast.