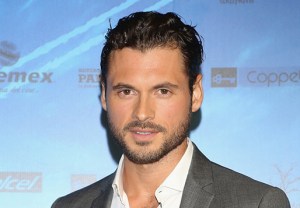 The series centers on a married couple (played by Gossip Girl‘s Chace Crawford and Red Band Society‘s Rebecca Rittenhouse) who move to North Dakota after the biggest oil discovery in American history. There, they meet a ruthless tycoon (Miami Vice‘s Don Johnson) who forces them to put everything on the line.

Per The Hollywood Reporter, Canto will play AJ Menendez, a geologist who has been hired to advise Johnson’s Hap Briggs on the Bakken Oil Play. He replaces Yani Gellman, who played AJ in the original pilot.

Canto previously appeared on ABC’s short-lived Mixology and can next be seen in Netflix’s upcoming drug-lord drama Narcos.