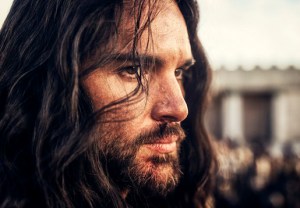 As it turns out, The Bible won’t continue… at least not on NBC.

The Peacock Net isn’t moving forward with a second season of A.D. The Bible Continues, our sister site Deadline reports.

A follow-up to the History miniseries The Bible (which debuted to 13 million viewers in spring 2013), A.D. premiered on Easter Sunday with nearly 10 million total viewers and a 2.3 demo rating, but by Week 4 was mustering barely half those numbers. Its final four outings hovered around 4 million viewers and a 0.7 rating.

Its lead-out, American Odyssey, was cancelled earlier this week.
Though announced as an event series, the network had been thinking of continuing A.D.; in April, Deadline notes, the writing team was hashing out Season 2 scripts.
If you like TVLine, you'll LOVE our email news alerts! Click here to subscribe.
Loading comments...