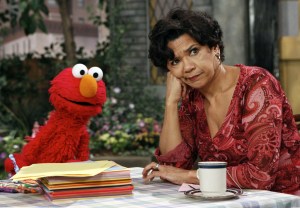 She can tell you how to get, how to get to Sesame Street — but long-running character Maria, played by Sonia Manzano, won’t be traveling there herself next season.

The actress will retire after some 44 years on the show, she announced at the American Library Association Annual Conference this week.

Manzano, who made her first Sesame Street appearance in 1971, has racked up 15 Daytime Emmy awards (with five additional nominations) for Outstanding Writing in Children’s Programming — and was also nominated twice as Outstanding Performer in a Children’s Series.

In addition to her work on the classic PBS kids’ show, Manzano is the author of the upcoming memoir Becoming Maria: Love and Chaos in the South Bronx.

Manzano teased on Twitter that she’d consider going “back for 50th anniversary and [making] a guest appearance.” What’s more, she revealed, she has “always been in love with Oscar the Grouch.”

@Mbtoon05 @sesamestreet @OscarTheGrouch I have always been in love with Oscar The Grouch!

Saddened by news of Maria’s exit? Do you have fond memories of her Sesame Street work from your own childhood? Sound off below!