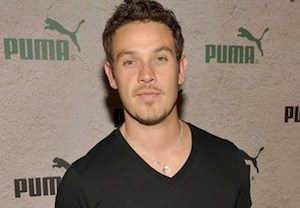 In the Vertigo comics-based series, the bored Lord of Hell (played by Once Upon a Time/Rush‘s Tom Ellis) resigns his throne and abandons his kingdom for the gorgeous, shimmering insanity of Los Angeles, where he gets his kicks helping the LAPD punish criminals.

Alejandro will step into the series regular role of Dan, a gruff homicide detective who is wary of Lucifer’s involvement with his wife (Chicago Fire‘s Lauren German) and daughter.

Alejandro most recently starred on A&E’s The Returned. His other TV credits include Grey’s Anatomy, Golden Boy and Southland.