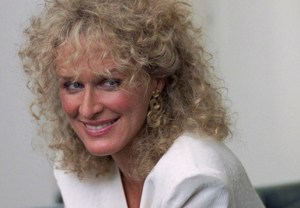 Hide your bunnies — or start seasoning them, depending on your taste — because Michael Douglas and Glenn Close’s twisted classic Fatal Attraction is heading to television.

The 1987 thriller about a Manhattan attorney (Douglas) and his lunatic mistress (Close) is being adapted as an event series for Fox, our sister site Deadline reports.

David Madden, Fox’s current President of Entertainment, developed the original film during his days as a Paramount executive. This hour-long TV version, expected to explore the same concept, is being written and executive-produced by Mad Men‘s Maria and Andre Jacquemetton.

Your reaction to the latest movie-to-TV adaptation? Any casting suggestions? Drop all of your thoughts in a comment below.