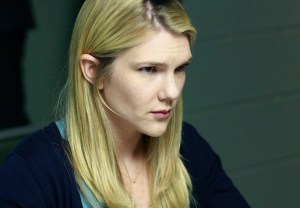 ABC’s The Whispers — which finally tacked on a revealing scene that actually had been in the series’ original pilot — drew 3.4 million total viewers and a 0.8 rating this Monday, down 13 percent and two tenths to season lows.

Fox’s So You Think You Can Dance (3.3 mil/0.9) was steady week-to-week, but versus last year’s callbacks episode was down 25 and 36 percent.