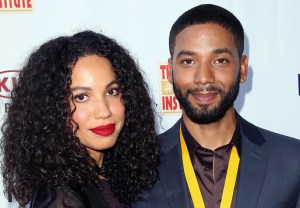 In the one-hour drama, bravery, ingenuity and power take center stage as slaves band together in the fight of their lives, their families, their future and their freedom.

Smollett will appear as Josey, a wild-eyed runaway who doesn’t trust anyone, not even the people stationed along the way who would try to help him. Smollett-Bell plays the series regular role of Rosalee, a shy house slave with a powerful inner strength and courage.

The gig marks the first time in 20 years that the brother and sister will share the screen. They previously appeared alongside their four other siblings on the series On Our Own.