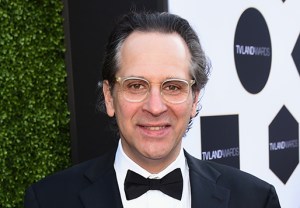 Jason Katims is looking to bring some full hearts to HBO.

The cabler on Wednesday picked up Us., a relationship drama pilot from the Friday Night Lights/Parenthood boss.

The hourlong project, based on an original idea from Katims, is described as a sweeping examination of the often baffling, sometimes unexpected but ultimately heart-wrenching ways in which love and human connection can be found today through a vast web of seemingly unconnected people.

“Jason is one of the most gifted writers working in television or any other medium, and we are thrilled that he will be bringing his unique storytelling talents to HBO,” Michael Lombardo, president of programming at HBO, said in a statement.

Katims is also currently working on Hulu’s The Way, a faith-based drama starring Breaking Bad‘s Aaron Paul and True Detective‘s Michelle Monaghan that will bow in 2016.

Intrigued by Katims’ Us.? Drop your thoughts in a comment below.