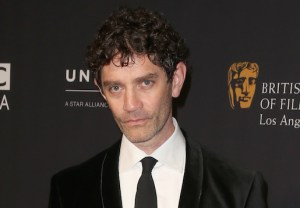 Theo (who you first heard about here) is a sexy, heroic, billionaire industrialist who’s new to the city, and Gotham is happy to have him. But his philanthropy covers a centuries-old vendetta, and he and Tabitha — to whom he’s very devoted — have violent, chaotic plans for the city they’re planning to destroy.

The role of Tabitha has not yet been cast.

Per the report, The Galavans’ introduction eventually will lead to the destruction of some old villains and the creation of new ones.

Frain played Grimm‘s Prince Eric and currently recurs on Orphan Black and True Detective. His other TV credits include True Blood, The Tudors and Agent Carter.

Thoughts on Frain’s casting? Who’d you like to see as Tigress? Sound off in the comments!