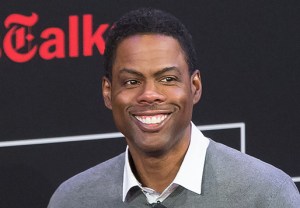 The Fox drama on Tuesday tweeted photos from the Season 2 set, including snapshots of Rock’s guest appearance as a prison inmate. The comic will reportedly play a man from Lucious’ past, whom he encounters while incarcerated on murder charges.

In the words of Lucious: It's game time bitches! Production is officially underway on #Empire season 2! pic.twitter.com/mV4TBIXKOb

* Sarah Silverman will reprise her role as Helen on Masters of Sex‘s third season, Showtime announced Wednesday. In the multi-episode arc — which series star Michael Sheen first confirmed to our sister site Deadline — Helen and Annaleigh Ashford’s Betty are trying to have a baby, which proves quite a challenge for a lesbian couple in 1966.

* For a limited time, HBO is now offering free access on Facebook to the premiere episodes of Ballers and The Brink, which debuted June 21. Ballers can be viewed on star Dwayne Johnson’s official page, while The Brink can be viewed on the series’ page.

* Longtime Access Hollywood co-anchor Shaun Robinson announced Wednesday she will be leaving the series. She will next focus on developing and producing TV projects with NBCUniversal and her production company, Robin Hood Productions.