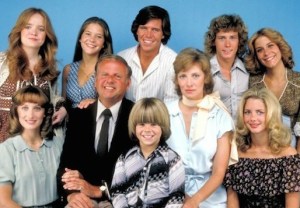 Dick Van Patten, best known to TV audiences as the man who lorded over the abundant Eight Is Enough brood, died on Tuesday due to complications from diabetes. He was 86.

Having started out on Broadway at age 7, Van Patten began his TV acting career in 1949, on the Maxwell House and Post Cereal-sponsored CBS dramedy Mama. From there, his credits included (but by no means were limited to) the NBC sitcom The Partners (as Sgt. Nelson Higgenbottom), multiple installments of Love, American Style, The New Dick Van Dyke Show, the Mel Brooks-produced spoof When Things Were Rotten (as Friar Tuck), The Streets of San Francisco and Happy Days.

During and following his five-season run as Eight Is Enough’s Tom Bradford, Van Patten put in a half-dozen appearances on The Love Boat. He went on to do a pair of Eight Is Enough TV-movies and visited series such as Hotel, Murder, She Wrote, The Facts of Life, 7th Heaven, Arrested Development and, most recently, an August 2011 episode of Hot in Cleveland.

Van Patten is survived by his wife of more than 60 years, Pat; their actor sons Nels, James and Vincent; a sister, actress Joyce Van Patten; and a half-brother, director/producer Timothy Van Patten.