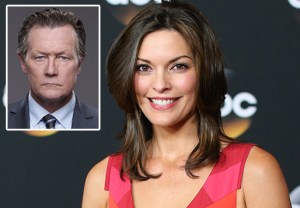 With Forever‘s Jo Martinez officially behind her, Alana De La Garza is ready to tackle her next small-screen role — and this one comes with a major promotion.

De La Garza will recur in the second season of CBS’ Scorpion, our sister site Deadline reports, playing the new Head of Homeland Security. Her character will work closely with Cabe, upon his return to Scorpion, though her motives for assisting the team will be called into question.

Your thoughts on De La Garza’s casting? Drop ’em in a comment below.