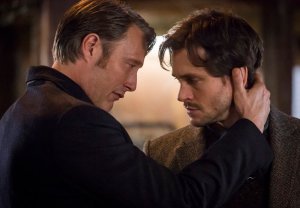 NBC may not be hungry for more Hannibal, but Bryan Fuller sure is.

On Monday, the Peacock net cancelled the acclaimed drama, announcing that the show’s current third season would be its last. But Fuller — Hannibal‘s showrunner and chief architect — is game to keep the series going should producer Gaumont find it a new home.

In fact, the auteur already has Season 4 mapped out in his head.

“My idea for Season 4 was perhaps one of the coolest yet,” he tells TVLine. “So I would love to do it in some capacity.”

Fuller declined to provide too many specifics about the direction of a possible fourth season, except to say, “It would have explored the Hannibal-Will Graham relationship in a much deeper fashion than the series ever has before.”

What say you, Fannibals? Interested to see where Fuller would take Hannibal in Season 4?