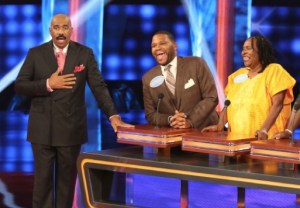 As such, it easily led the sparse broadcast offerings in both measures and stands as TV’s top-rated summer debut in two years (since CBS’ Under Da Dome).

Among unscripted summer launches, it’s the best since The Voice circa June 2011.

Leading out of the Feud, ABC’s BattleBots reboot did 5.4 mil and a 1.9, dominating its time slot. (Because someone will ask: Castle‘s wedding rerun did 2.8 mil/0.6, besting an original American Odyssey.)

As always and forever, cable ratings (e.g. True Detective, The Last Ship) come in much, much later and as merited are reported under separate cover.