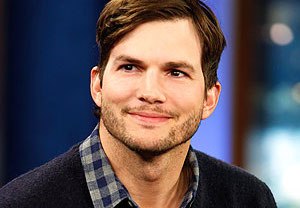 An ABC rep would not confirm Kutcher’s Shark stint, but an insider tells us the former Two and a Half Men star will serve as a “guest Shark” — a role he is well suited for. In recent years, the mini-mogul has invested in such tech startups as Skype, Foursquare, Airbnb and Fab.com. in April 2014, he also participated in a panel discussion/mock “shark tank” at Colgate University about founding, funding and building innovative companies.

Shark Tank kicks off Season 7 on Friday, Sept. 25. A specific air date for Kutcher’s episode (which he allegedly taped last Friday) is TBD.