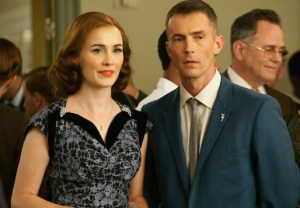 TVLine gave the retro sudser an average grade of “B.”

Leading out of that, Mistresses’ two-hour return drew 3.8 mil and a 0.9 (and a “B” grade), matching its sophomore finale but down 19 and 25 percent from its previous opener (which aired on a Monday).