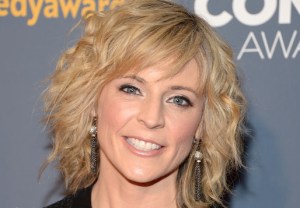 Bamford will star in the comedy, as well as executive-produce it alongside Mitch Hurwitz (Arrested Development) and Pam Brady (South Park). Netflix will produce the series.

According to the official description, Lady Dynamite “tells the story of a woman who loses — and then finds — her s–t.”

In addition to her stand-up act, Bamford is known for her Web series The Maria Bamford Show and for her voiceover work in programs like CatDog, The Legend of Korra, Adventure Time and BoJack Horseman. She also appeared in Arrested Development‘s Netflix revival and a memorable set of Target holiday commercials a few years back.

No word yet on when Lady Dynamite‘s 13 30-minute episodes will become available.