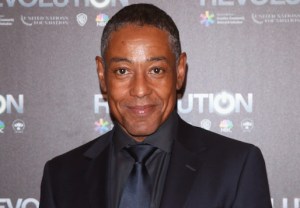 Baz Luhrmann’s musical Netflix drama The Get Down is experiencing some divine intervention, courtesy of Breaking Bad alum Giancarlo Esposito.

Set in New York City during the birth of hip-hop, punk and disco in the 1970s, the series centers on a ragtag crew of South Bronx teenagers who have no one to shelter them except each other.

Per The Hollywood Reporter, Esposito will play Pastor Ramon Cruz, the brother of Jimmy Smits’ character. Ramon is the charismatic head of the local Pentecostal church who attracts a flock of followers with his fiery sermons and firm leadership. His daughter Mylene (played by Herizen Guardiola) dreams of disco stardom, which puts her at odds with her dad.

The Get Down‘s 13-episode first season will debut on Netflix in 2016.