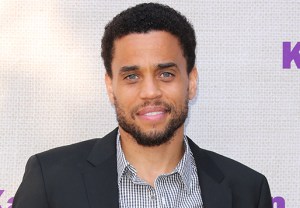 Secrets and Lies‘ Detective Cornell is about to turn her icy stare on Michael Ealy.

The actor, who just wrapped a run as serial killer Theo on The Following, has been cast as the male lead on Season 2 of ABC’s crime drama.

Per our sister site Deadline, Ealy will play Eric Warner, a well-educated newlywed and heir apparent to his family’s private equity firm in Charlotte, N.C. While Eric is attending a party to honor his dad’s retirement, Eric’s wife, Kate, is murdered — and he must turn to the unflappable Det. Cornell to investigate Kate’s death.

As previously reported, Juliette Lewis’ formidable sleuth will be the only Season 1 character returning for the show’s sophomore run.

Secrets and Lies‘ second go-round will debut at midseason, taking over the Wednesdays-at-10 time slot during Nashville‘s hiatus.

Will you tune in for Secrets and Lies Season 2, now that Ealy is on board? Hit the comments with your thoughts!