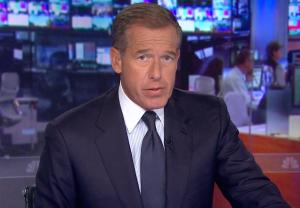 Brian Williams‘ six-month suspension at NBC Nightly News is poised to become permanent, although the embattled newsman is expected to remain at the network in a new role.

According to CNN, Williams and NBC have reached a tentative agreement that will keep him at the network, but not as anchor of the Nightly News. One scenario being bandied about has Williams heading to struggling MSNBC.

In mid-February, NBC issued Williams an unpaid, six-month suspension from his duties as NBC Nightly News‘ chief anchor and managing editor. At the time, NBC News president Deborah Turness promised a continued investigation into the “wrong and completely inappropriate” misrepresentation of events that occurred while Williams was on assignment in Iraq in 2003.

The controversy surrounding Williams began during a Jan. 30 broadcast of Nightly News, when he falsely claimed his helicopter was hit by a grenade in March 2003 as he covered the Iraq War. In the weeks that followed, more of Williams’ reporting and anecdotes were called into question.

NBC vet Lester Holt has been holding down the Nightly News fort since the Williams imbroglio erupted. He is now expected to take over the gig permanently.