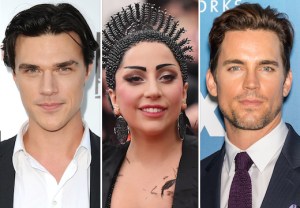 American Horror Story: Freak Show standout Finn Wittrock has officially been added to the ensemble for the FX series’ next chapter, Hotel.

As shared in Ask Ausiello, Wittrock hinted at the new gig while attending the recent Critics’ Choice Awards, saying,  “I will be back in the Ryan Murphy universe in some capacity. How exactly that’s going to manifest, I still honestly don’t know.”