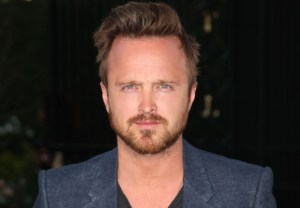 Three-time Emmy winner Aaron Paul has joined the cast of Hulu’s The Way.

The news comes on the heels of the actor “announcing” on Periscope that he had signed on for a Jesse Pinkman-centric, Alaska-based Breaking Bad sequel, and then immediately apologizing profusely for the fib.

A 10-episode series created by Katims’ fellow Parenthood scribe Jessica Goldberg, The Way examines a family at the center of a controversial movement struggling with relationships, marriage and power.

Paul will play Eddie Cleary, a convert to the movement with a wayward past. He’s a husband (to Sarah Cleary, played by Michelle Monaghan) and father who suffers a crisis of faith when all that he’s come to accept as truth in his life is fundamentally challenged.

Paul will also serve as a producer on the series.

The Way is slated to premiere in early 2016.