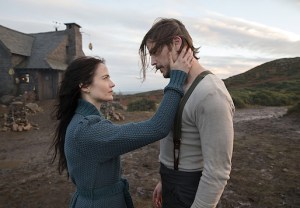 Looks like a good Penny always turns up, too.

Showtime has renewed its gothic drama Penny Dreadful for a third season, the network announced Tuesday.

The nine-episode Season 3 will shoot on location in Dublin, Ireland, (as did Seasons 1 and 2) and will debut in 2016.

He continued: “Together with our wonderful partners at Sky Atlantic, we’re excited to see what new haunts John and his team have in store for Season 3.”

Penny Dreadful airs Sundays at 10/9c and will wrap its second season on July 5.