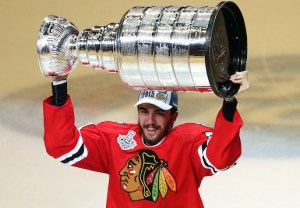 NBC’s coverage of the sixth and deciding game of the Stanley Cup Final averaged 8 million total viewers and a 2.8 demo rating, up sharply from Game 5 and easily leading Monday in both measures.

In total audience it marked the third-most watched Stanley Cup Final Game 6 on record (since 1995), and versus last year’s Rangers/Kings Game 5 clincher it was up 11 percent.