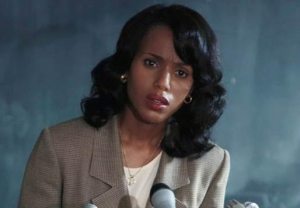 Anyone else wondering what Olivia Pope might have to say about this first look at Kerry Washington fielding questions in HBO’s Confirmation?

The Scandal star will play Anita Hill — a lawyer who worked as an adviser to the Supreme Court Justice Clarence Thomas and who later was called upon to testify about reports he had sexually harassed her — in the upcoming dramatization of Thomas’ 1991 confirmation hearings.

In the following sneak preview shot, Washington’s Hill looks rather harried as she stands in front of a bunch of microphones, ostensibly at a press conference and begging the question: Where the heck is a good fixer when you need one?

Take a good look at the photo, then hit the comments with your thoughts: Will you watch Washington & Co. in the historical flick? 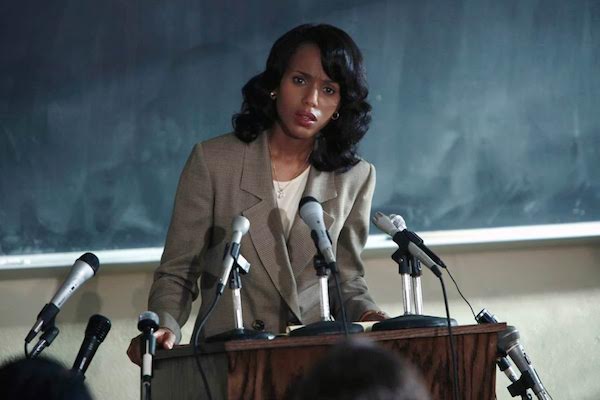