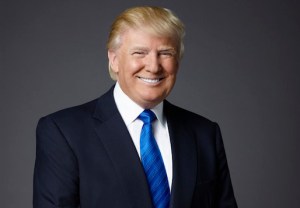 Well, not exactly. But Donald Trump may be forced to step down from his Celebrity Apprentice gig after launching an official bid for the presidency on Tuesday.

“We will re-evaluate Trump’s role as host of Celebrity Apprentice should it become necessary, as we are committed to this franchise,” said NBC in a statement.

In February, the network renewed Trump’s reality staple for Season 15 concurrently with its Season 14 finale drawing 6 million total viewers and a 1.6 demo rating, up 13 percent and a tenth from its previous finale (circa May 2013, which had marked a series low).

Thoughts? Surprised Celebrity Apprentice is still a thing? Thoughts on who could possibly succeed Trump? Do the words “President Trump” send shivers down your spine?