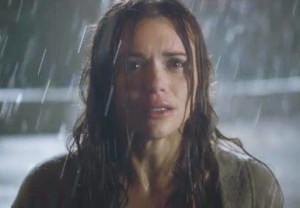 Beacon Hills High School’s class of [whatever year it is on Teen Wolf] might be looking towards the future, but as you’ll see in the first six minutes of the Season 5 premiere, the incoming seniors haven’t forgotten about those they’ve left behind.

MTV decided to make this Monday a little less terrible by releasing an extended clip from the show’s June 29 return, which features a no-longer-surprise visit from — drumroll please — Max Carver! But why is Aiden really appearing to Lydia in a vision? 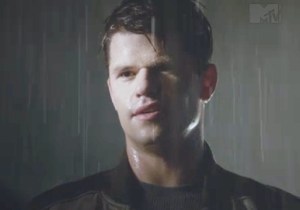 At least we know one thing for sure: Season 5 is going to introduce a whole new Lydia to Teen Wolf fans. Not only does she prove she can take down the big boys in these first six minutes, but we also see she’s mastered her banshee cry. (Side note: Don’t be concerned if you’re confused by any of this. The premiere kicks off a little bit in the future.)

OK, enough talk. Hit PLAY on the preview video below, then drop a comment with your thoughts: How much do you love badass Lydia? And what else would you like to see in Season 5?