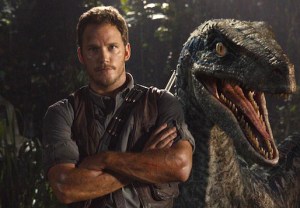 Earlier this year, FX secured the television rights to Furious 7 (which has grossed over $1.5 billion worldwide) and Pitch Perfect 2.

Jurassic World will hit FX in mid- to late 2017. In the meantime, get thee to a Cineplex! It’s a charming little art house flick; like Amélie, but with more teeth and talons.