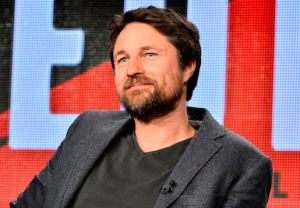 Off the Map‘s Martin Henderson is taking an alternate route back to Shondaland.

The New Zealand-born actor, best known Stateside as the male lead in Shonda Rhimes’ short-lived 2011 medical drama Off the Map, has nabbed that new series-regular surgeon role on Grey’s Anatomy, TVLine has learned.

An ABC rep confirmed Henderson’s casting, but declined to provide further details. (Crazy thought: What if he reprised his Map role of Dr. Ben Keeton? Stranger things have happened!)

Last month, TVLine exclusively reported that Rhimes was on the hunt for some new “charismatic” male blood to (presumably) fill the sizable void left by Patrick “McDreamy” Dempsey’s exit.

Rhimes acknowledged back in April that “the entire Grey’s Anatomy family” is entering “uncharted territory as we head into this new” post-Derek era, adding that, “The possibilities for what may come are endless. As Ellis Grey would say: the carousel never stops turning.”

Henderson, who most recently co-starred in SundanceTV’s The Red Road, is expected to make his debut in Grey’s Anatomy‘s Season 12 premiere on Thursday, Sept. 24 at 8/7c.