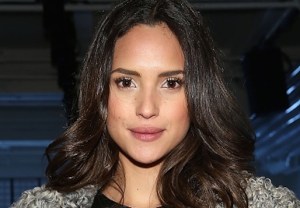 A 10-episode, re-imagining of the classic Wizard of Oz universe — which blends elements from author L. Frank Baum’s 14-novel collection — Emerald City was scrapped last August due to creative differences between EP/writer Josh Friedman (Terminator: The Sarah Connor Chronicles) and NBC. In April, the Peacock net revived the project with David Schulner (The Event) taking over the showrunner reins from Friedman. Shaun Cassidy (American Gothic, Invasion) will serve as executive producer alongside Schulner.

Here’s the official Emerald City logline: “In the blink of a tornado’s eye, 20-year-old Dorothy Gale and her K9 police dog are transported to another world, one far removed from our own — a mystical land of competing kingdoms, lethal warriors, dark magic and a bloody battle for supremacy. This is the fabled Land of Oz in a way you’ve never seen before, where wicked witches don’t stay dead for long and a young girl becomes a headstrong warrior who holds the fate of kingdoms in her hands.”

Arjona’s pre-True Detective credits include two-episode guest stint on Person of Interest and an installment of Unforgettable.

Does this casting sound totally Oz-some to you? (Sorry!) Sound off in the comments!