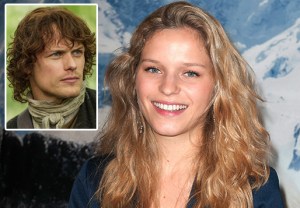 Is Claire about to get some competition for Jamie’s affections?

Additionally, the Starz series has enlisted another French actor, Marc Duret, to fill an important role in the Frasers’ new Parisian setting. (To maintain authenticity, the show has employed a French tutor to assist with language and pronunciation, as it did with Gaelic last season).

Duret — a vet of the Luc Besson films The Big Blue and La Femme Nikita, as well as the Tom Fontana-created drama Borgia —will portray Monsieur Joseph Duverney, the well-dressed, middle-aged Minister of Finance to Louis XV. Duverney and Jamie become competitors at chess.