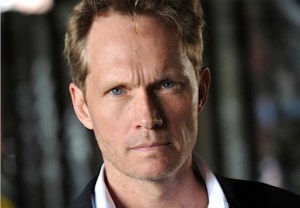 Season 3 of USA Network’s Graceland is introducing a trooper who may be super… troublesome for one of the housemates.

TVLine has learned that Tom Schanley has been cast in the recurring role of Cash Windgate, a charismatic state trooper who is described as being “straight out of Cool Hand Luke, mirrored sunglasses and all.”

Charlie (played by Vanessa Ferlito) will cross paths with the smooth-talking lawman in her pursuit of British money launderer Germaine — though perhaps everything is not as it seems with charming Cash….

Having gotten his start with roles on the 1980s NBC drama The Yellow Rose and ABC’s Dynasty, Schanley’s most recent TV credits include NCIS: Los Angeles, Hawaii Five-0, NCIS and Castle.