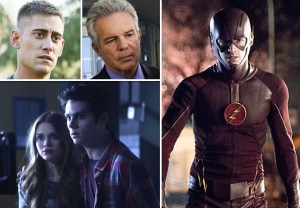 Who is The Flash‘s new hero? What will make Teen Wolf fans hit rewind? Where is iZombie‘s sis? Will a Major romance create problems? Read on for answers to those questions plus teases from other shows.

I’m dying for some Arrow or Flash scoop! –Matthew
Arrow is seeking an Iris West type… No, just kidding. (Too soon?) The Flash, however – in addition to Wendy – is casting the season-long role of a classically handsome, square-jawed hero in his 30s to early 40s, a slightly cynical man “with an edge.” The casting call lists the character as “John Clark,” which is obviously fake/a nod to the DC Comics letterer. Though I must wonder if one of Clark’s works hints at the character being introduced….

Will Peyton be back for iZombie Season 2? –CJ
In a word, possibly. Explaining the absence of recurring player Aly Michalka from the finale, show boss Rob Thomas 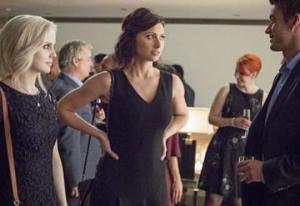 told Vlada Gelman, “There were a certain number of episodes we could use her for, and we had used up our allotment, plus she was doing a pilot (ABC’s Chevy). And if that pilot [is picked up], you might not get her back, so we had to write her in a way that if she didn’t come back, that we’d at least have a reason.” Since Chevy didn’t make the cut at ABC, “She is available to us again, and we hope to see more of her,” Thomas said.

Some Teen Wolf updates would be much appreciated! Particularly Stiles and Lydia-related. –Alexandra
If you’re hoping for something romantic between the former flames, you’re sadly out of luck. But if you’re as into both characters as you appear to be, you’ll definitely be hitting the rewind button during the June 29 premiere. They both deliver insane, gasp-worthy moments that will leave you worried about them for weeks to come.

The CW is withholding The 100‘s Season 3 [for midseason]. Can you please give me some scoop on what to expect? –Spinae02
When I caught up with Marie Avgeropoulos at Upfronts, she suspected that Octavia will continue to be torn between her 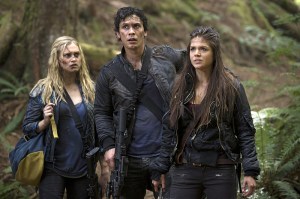 origin as one of the Sky People and her new (albeit shunned) status as an honorary Grounder. “Octavia and Lincoln are back in Camp Jaha, which is a very awkward situation for Lincoln, because he’s a Grounder — and at the end of the day so is Octavia,” she reminded. “And yet the strongest alliance is family, is Bellamy — Octavia is the only one [of The 100] with a sibling, so she’s in a really difficult situation. We’ll see what position she takes in Season 3!”

What’s going on with Once Upon a Time‘s Will Scarlett? Is Michael Socha still a series regular? –Emma
I am reminded of the Facts of Life theme song’s opening lyrics as I report that, just as Sean Maguire and Rebecca Mader have been made series regulars for Season 5, Michael Socha alas will not continue to be one — which is not to say we’ve seen the last of Will, however. (This is where y’all get to dream-casting what other show Socha could now join. New Grey’s doc?)

On the Castle TV show, I was wondering if Espo or Ryan are leaving? –Molly
I can confirm that Jon Huertas and Seamus Dever, as well as Tamala Jones, Susan Sullivan and Molly Quinn, all are on board for Season 8 (along with, you know, Nathan and Stana). Penny Johnson Jerald is the only departure.

Send me Wayward Pines updates! –Maarge
“Send”? That seems a tad intimate. OK if I just reply here? Because after Carla Gugino hinted to us that the finale will hint at places to go for any possible Season 2, I checked in with showrunner Chad Hodge, and he made clear that Episode 10 will provide great closure. “There’s a hint of [a future],” he allowed, “but Wayward Pines was always designed to be just these 10 episodes. So the promise that we’ve been making, that there’s a beginning, middle and end, is a real one, and we deliver on it.”

Please, please, please, some Major Crimes scoop! –Ashley
If anyone is crying foul at the real-world implications of a Sharon/Andy, Captain/Detective romance, rest assured that the show will address such issues. “Yes, there are workplace protocol considerations, but mostly they have to do with disclosure,” show boss James Duff notes. “You must disclose if a relationship has gone beyond, ‘We just go to dinner sometimes’ to, ‘No I think our relationship is a little closer than that.'” What’s more, Duff teases, “You also must disclose that information, maybe, to the people you’re living with….”

Can you find out if the fourth season of Major Crimes will be extended from 15 to 19 episodes? –Maayan
Would you settle for 18? Because that is how many you are getting.

Will my guilty pleasure show Wipeout be on this summer? –Ruth
No more big red balls for you! I am told that ABC has no more Wipeout on tap for the future. 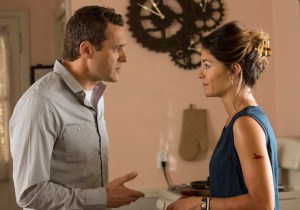 Matt Nix’s new show, Complications. Any scoop? –Lisa
I must admit, I had some concerns about USA Network’s trajectory, after losing Burn Notice, Psych, Covert Affairs and White Collar in one 15-month swoop. But between Complications – which stars Jason O’Mara and you-ain’t-seen-her-like-this-before Jessica Szohr, and is a very interesting twist on a medical drama (in that it by and large really isn’t one) – and Mr. Robot, whose premiere felt like a very cool techno movie, the cabler is making some bold moves.

Real questions, real answers. If you need the Inside Line on a favorite show, email InsideLine@tvline.com!  (With reporting by Andy Swift) 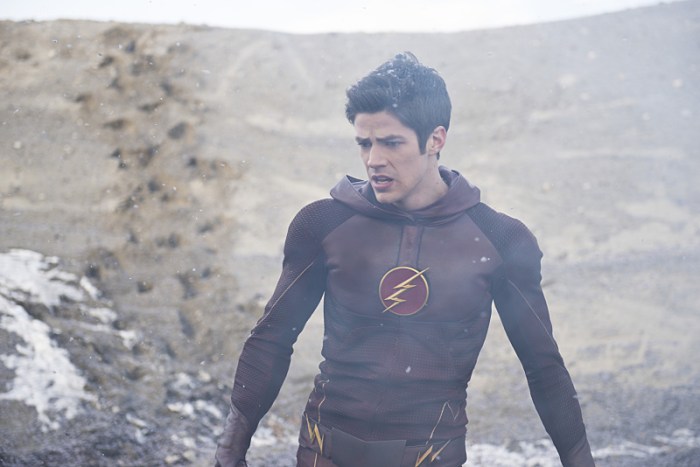