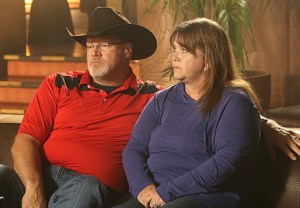 CBS’ The Briefcase — which this Wednesday served up its most lop-sided cash dispersal yet —  drew 4.7 million total viewers and a 0.9 demo rating, slipping 14 percent in audience while holding steady in the demo.

Leading out of that, a Criminal Minds rerun delivered the night’s largest audience: 5.6 million viewers.

And that’s all she wrote!