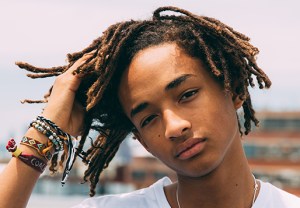 Jaden Smith is the latest cool cat to join Baz Luhrmann’s upcoming Netflix series The Get Down.

The After Earth actor will recur on the 1970s-set musical drama, the streaming giant announced Tuesday.

Set in New York City during the birth of hip-hop, punk and disco, The Get Down centers on a ragtag crew of South Bronx teenagers who have no one to shelter them except each other.

The Get Down‘s cast also includes up-and-comers TJ Brown, Justice Smith, Shameik Moore and Skylan Brooks as the quartet at the heart of the story, and 18-year-old Herizen Guardiola as vocalist Mylene Cruz. Jimmy Smits (Sons of Anarchy) will appear as Mylene’s uncle, Papa Fuerte.

Smith’s previous TV credits include The Suite Life of Zack and Cody and the 2003 sitcom All of Us.

The Get Down‘s 13-episode first season will debut on Netflix in 2016.