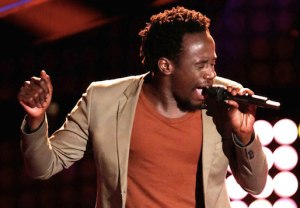 Anthony Riley, a Season 8 contestant on NBC’s The Voice, has died of an apparent suicide.

The street performer who wowed judges during with his audition for the reality singing competition passed away Tuesday but wasn’t found until Friday, Yahoo! Music reports.

The talented singer cited personal reasons when he left The Voice just before the Knockout Rounds taped in January. Per Philly.com, Riley told Voice producers about his substance-abuse problems at that time, and the series flew him back to his native Philadelphia. He entered Clarity Way, a nearby drug-and-alcohol rehab program, soon after.

His experience on the competition, while gratifying, was “stressful,” he told Philly.com in March. “There are a lot of days that can turn into lonely days.”

Riley’s rendition of James Brown’s “I Got You (I Feel Good)” during Season 8’s Blind Auditions garnered him the fastest four-chair turnaround in Voice history and a place on Team Pharrell. At the time, TVLine’s Michael Slezak called the performance “pretty much note perfect.”