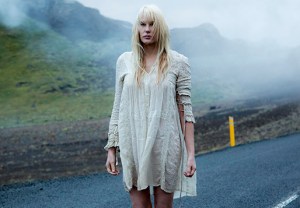 If you had any doubt that Sense8 was partially the product of Matrix directors Andy and Lana Wachowski, the first episode of Netflix’s trippy thriller likely put that uncertainty to rest.

Co-exec-produced by The Wachowskis and J. Michael Straczynski (Murder, She Wrote, Babylon 5), the mysterious drama — which hit the streaming giant on Friday — centers on eight individuals across the globe who are connected by a strange vision.

Before we get your thoughts on the series premiere, here’s a brief recap of what went down in the debut hour:

The first minutes of the episode belong to Angelica, or “Angel,” played by Kill Bill‘s Daryl Hannah. She’s on an old mattress in a dilapidated church, writhing in pain until her friend/mentor/possible lover(?) (played by Lost‘s Naveen Andrews) appears by her side to comfort her. Despite the agony Angel seems to be in, she finds the strength to sit up and, through the power of her mind (it would seem), presents the image of herself to eight different people across multiple cities and countries. No matter where they are or what they’re doing, each person sees Angel standing in a pool of light. (A few moments later, when Angel commits suicide due to her pain and inner conflict, each of the eight people receives that vision, also.) 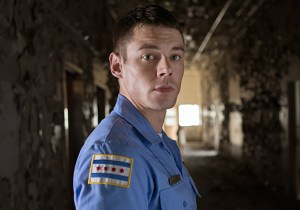 The rest of the hour helps us get familiar with each of the eight connected folks — all from very different backgrounds:

Most of Sense8‘s first episode flip-flops between telling us more about these people — for example, Wolfgang has major daddy issues — and showing us how, exactly, they are connected. Each character periodically hallucinates Angel’s tragic death, and as the hour goes on, some of them are able to transport to each other’s locations (only mentally, though).

For instance, when Will wakes up to the sound of dance music booming through his walls, the police officer busts into the adjacent apartment and finds there is no music playing in the room at all; rather, that music he’s hearing is playing in London, where Riley is performing a set. Later in the episode, Capheus is presented with a live chicken by one of the men riding his bus; at that same moment, Sun hallucinates a chicken landing on her desk in her South Korea office. In Berlin, Wolfgang hears the sound of a siren that’s coming from Chicago, while Riley hears the clicking of a combination lock that’s being turned all the way in Germany. (You get the idea, right?)

All of this culminates in the episode’s last 10 minutes, when Will stumbles upon the very church where Angel shot herself. Once inside, he is joined by Riley (who isn’t really there; she’s merely under the influence of a particularly strong drug which has enhanced her connection to Will) and the two of them begin to understand — barely — that they both have experienced the same vision. But if you’re looking for more answers than that, you’ll have to stick around for Episode 2. (Which is starting in 15 seconds! Hurry!)

OK, your turn. What did you think of Sense8‘s series premiere? Grade the episode via our poll below, then hit the comments to back up your choice! 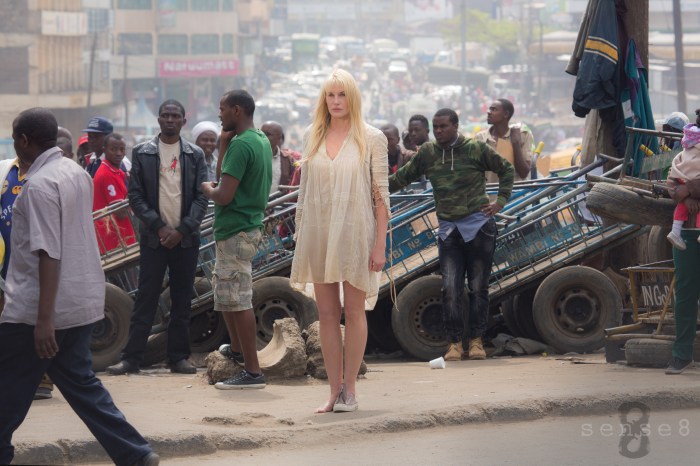