ABC’s BattleBots promises to be equal parts Real Steel and… Jurassic Park (?), at least based on the poster for the soon-to-premiere reality competition.

In ABC’s “reimagined take on the killer robot combat sport” — premiering Sunday, June 21 at 9/8c — homemade contraptions will battle each other in a single-elimination tournament-style format, until there is one ‘bot left whirring.

Check out the poster, then read on for more about the summertime series. 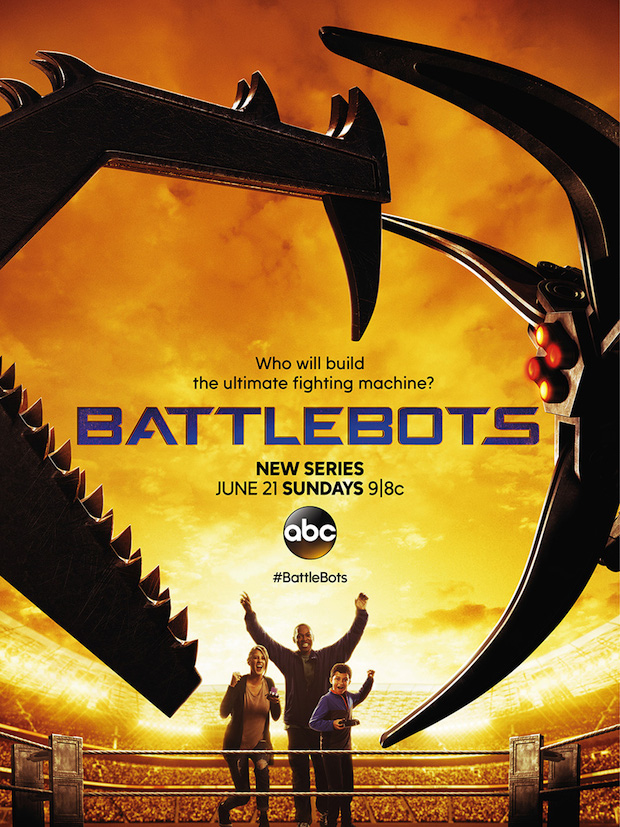 Will you be claiming a ringside seat for the bots’ battles?