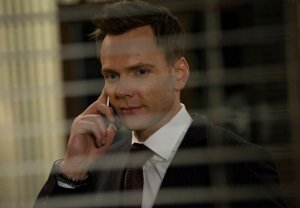 The Soup is out there: Joel McHale is the first guest star announced for Fox’s upcoming continuation of The X-Files, our sister site Deadline reports.

The Community star and Soup host will play Tad O’Malley, a conservative Internet news anchor who becomes an unlikely support for Mulder.

Series creator Chris Carter reportedly is a fan of McHale’s work — which also includes a dramatic turn on Sons of Anarchy — which led to the stint.

The six-episode revival, is in production now, will premiere in on Sunday, Jan. 24. In addition to Carter and returning series leads Gillian Anderson and David Duchovny, cast members Mitch Pileggi and William B. Davis will be on hand for the event series, as will writers-producers Glen Morgan and James Wong.

Thoughts/feelings about McHale’s casting? Sound off in the comments!