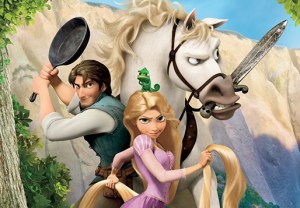 And at last, Disney Channel has seen the light.

The kids’ network announced Wednesday it is developing Tangled, an animated series based on the 2010 film of the same name.

Exec-produced by Chris Sonnenburg (Enchanted) and Shane Prigmore (How to Train Your Dragon), the series will once again feature the voices of Mandy Moore as Rapunzel and Zachary Levi as Flynn Rider — excuse us, Eugene Fitzherbert — as well as music and lyrics from Alan Menken and Glenn Slater.

Set between the events of the feature film and the 2012 short Tangled Ever After, the animated series finds Rapunzel acquainting herself with her parents, her kingdom and the people of Corona, as she realizes there is so much left to learn before she can accept her royal destiny. When Rapunzel puts her crown and impending marriage on hold to seek out epic adventures, she is joined by Eugene; the plucky chameleon sidekick, Pascal; the no-nonsense horse, Maximus; the Snuggly Duckling Pub Thugs; and newcomer Cassandra, a tough-as-nails handmaiden who becomes Rapunzel’s confidant.

Tangled is currently in production with a premiere slated for 2017. Check out the concept art for the series below, then drop a comment with your thoughts. 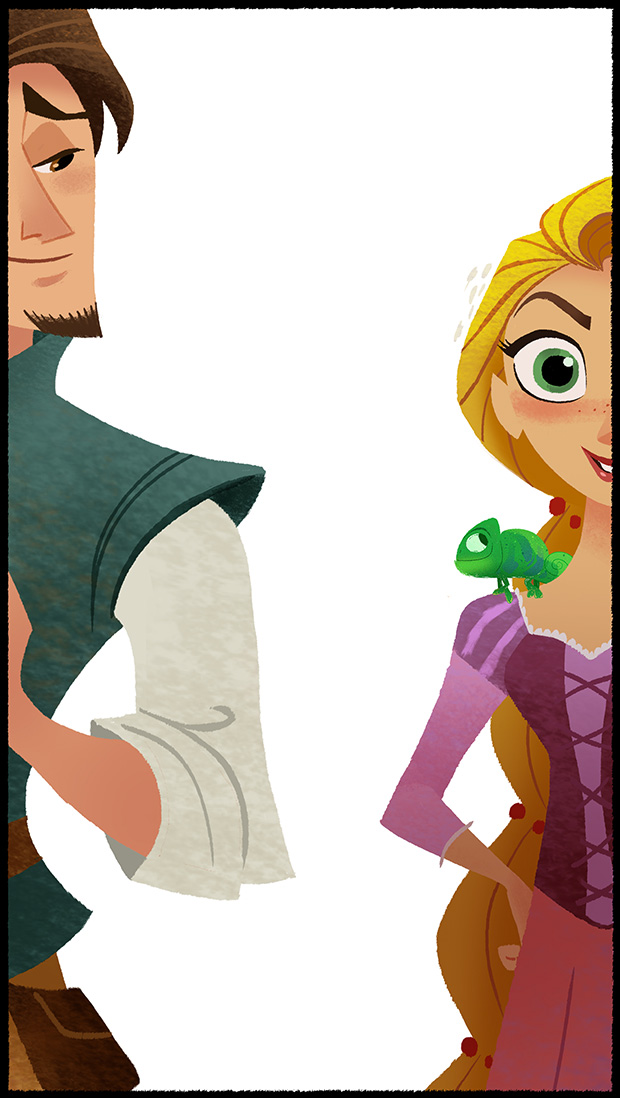