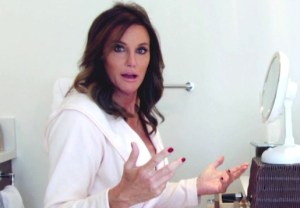 Just days after Caitlyn Jenner introduced herself to the world on the cover of Vanity Fair, E! has released the official title — and the first promo — from its upcoming eight-part series, which will document the star’s new life as a transgender woman.

Titled I Am Cait, the docu-series — which premieres Sunday, July 26 at 9/8c — purports to tell Caitlyn’s “intimate story” as she seeks out her “new normal.”

Press PLAY below and then hit the comments with an answer to this question: Do you plan to watch I Am Cait?